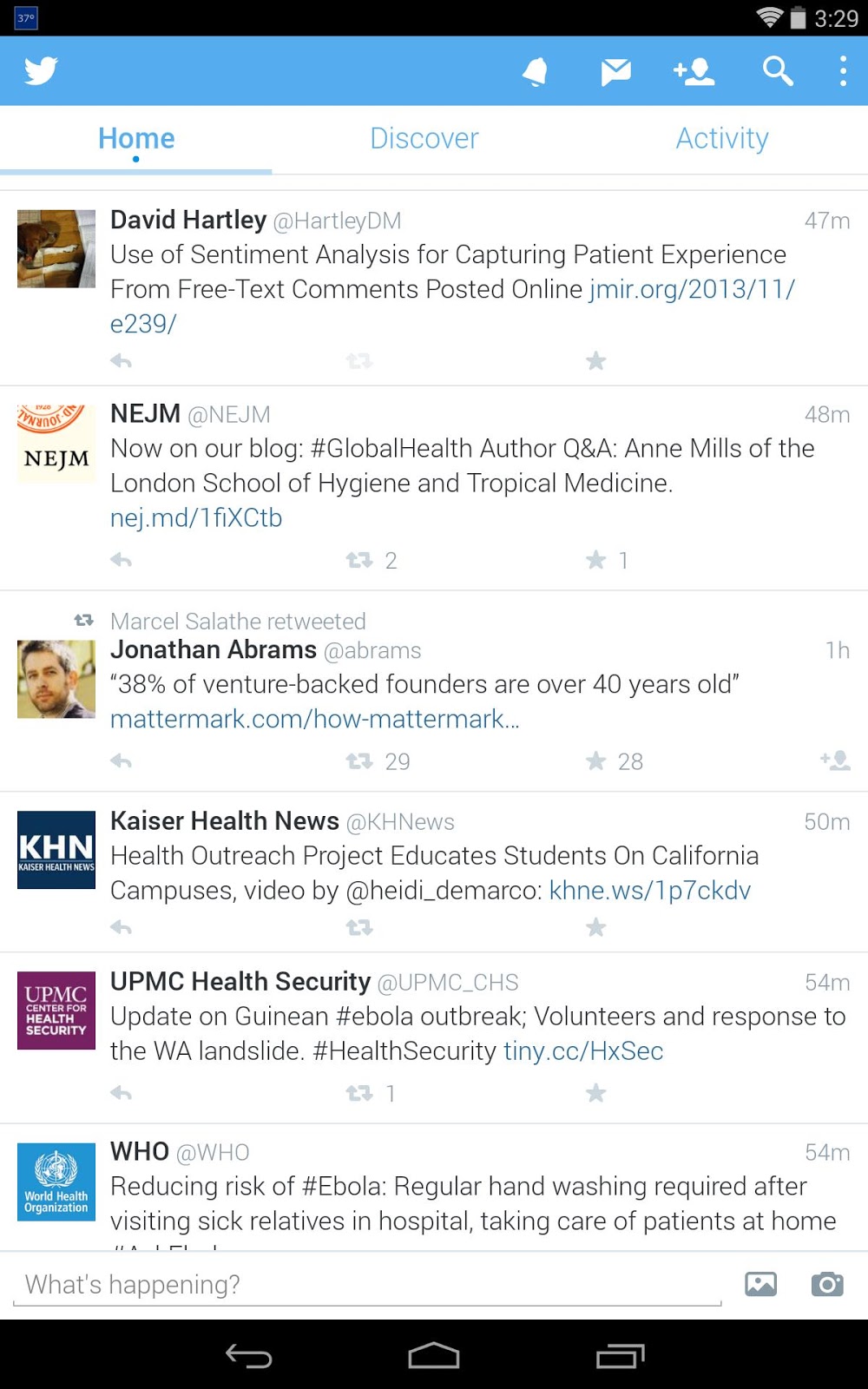 Social media and the Manhattan Project may seem to be completely different things, but there are facets of each that are similar. Let me explain.

The Manhattan Project was a massive and ambitious R&D project undertaken in World War II that transformed theory and data into a functioning product within a few short years. It was supported by vast resources and it brought people from many different backgrounds together to solve complex problems. Because of its success, the term "Manhattan Project" has become a cliché for any concerted effort to solve "big" problems, like energy or cancer. Although the original project was for weapons development, today the term is used in a positive light -- a project to solve an important but hard problem.

People have studied the Manhattan Project to understand why it was successful. Several factors are thought to have contributed, including:


Within the context of public health and medicine, social media has many of these attributes. Users tend to be young. They often organize themselves into virtual communities of interest focused on important and complex topics. Users are dispersed throughout the world and are willing to actively communicate on virtually any issue. Significant effort can be brought to bear on a question at an instant's notice. And users tend to follow online leaders and thought influencers.

Because of the number of healthcare providers and consumers using social media, and the diversity and expertise of these users, social media in medicine is an immense resource. It has been used for infectious disease surveillance; patient sentiment analysis; testing treatments and speeding patient recruitment into clinical trials; understanding views on vaccines; and many, many other purposes, too numerous to list here.

Another dimension of medical social media is the potential to produce "big data". In a previous post I discussed the need for theory and context in big data if we are to make sound inferences. Certainly, others have warned about the pitfalls of big data as well. With such social media projects comes the potential to acquire vast amounts of data in a focused, disciplined way. Social media projects hold the promise of collecting big data to address specific research questions.

I don't know if social media can be harnessed into a Manhattan Project for any single issue in healthcare, but it is clear that it is playing important roles throughout the spectrum of medicine. It is a conduit for collecting types and volumes of data previously un-imagined, for catalyzing participatory medicine and patient engagement, and for generating and sharing wisdom. The practice of medicine in the 21st Century has important psychosocial, behavioral, economic, and scientific dimensions; social media plays in them all.