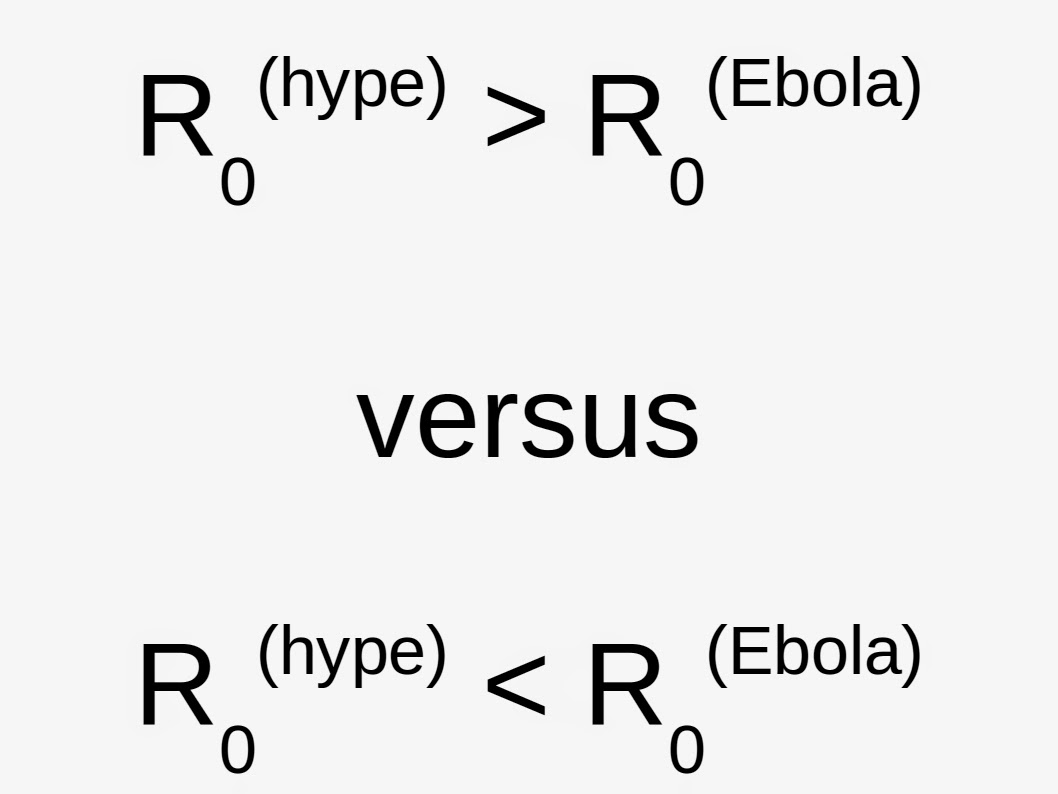 In the mid-19th Century, a newspaper could reach several thousand people daily or weekly. By the mid-20th Century, TV and radio reached 10s to 100s of millions of people instantaneously and possessed a multinational reach. Today, with the Internet, and satellite TV and radio, it is possible to reach 100s of millions of people or more across the globe within minutes. This vast and practically instantaneous reach of technology feeds a seemingly insatiable, 24/7 appetite for news and information. What are the implications of this for fighting epidemics?

We've seen some of the consequences in the Ebola outbreak this year. On the one hand, the ability of aid groups to spread information broadly has been helpful for raising awareness and bringing additional resources to bear on the epidemic. On the other hand, news headlines resulted in near-hysteria and much counterproductive behavior in the US and other developed nations. Examples were highlighted in a previous post, and many, many others have offered similar observations and commentary.

Perhaps the reactions observed in the US have been understandable, as many ingredients were present for an epidemic of sensationalism and fear: An active public imagination rooted in previous popular books and movies, a government that addressed the issue late and with almost Pollyannaish credibility at first, and a wealth of news outlets offering non-expert commentary while playing to the continuous news cycle.

The resulting epidemic of "Fearbola" should thus not be surprising. It is sobering, however, for it provides a warning for domestic public health agencies: Understand how to administer effective public health messages that are relevant and appealing to the constant clamor of CNN, Fox, and the like, or else risk being drowned out by noise and hype. What if this epidemic had been of a pathogen possessing a short serial interval and high virulence, transmissibility, and R0? The medical system may or may not be prepared, but it seems clear that our risk communication strategies are not. Would the news coverage we saw during the Ebola hysteria in recent months have served the public well if this had been a bona fide threat to US public health?

It's important to understand how the epidemic of fear and hype came into being and propagated so well. I tend to think of messages as themselves being infectious. From that perspective, the ideas that resulted in the hysteria surely had R0 > 1. For ideas related to "dread threats", such as virulent infections with no known cure, is this unavoidable given the high contact rate (e.g., frequency of checking for news and rumors combined with near-constant coverage), short serial internal (e.g., rush to post on social media), broad coverage, and rapid dissemination of modern communications?